Phobos is the dark gray moon.

Phobos is a moon of Mars, approximately 22 kilometers in diameter. The only other moon of Mars is Deimos.

A number of craters have been named, and are listed in the following table.[1] 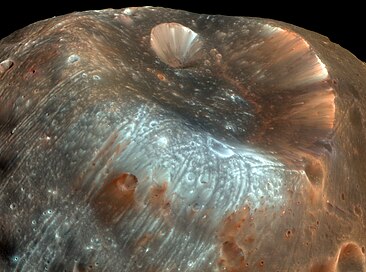 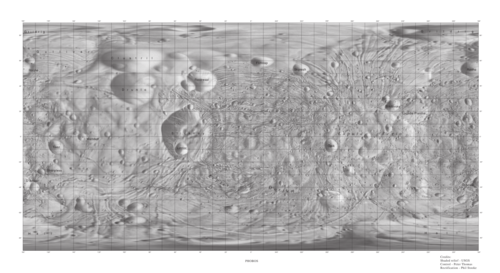 The reason why many of the features are named after people and places in Jonathan Swift's satire Gulliver's Travels is because Swift predicted the diameters and rotation speeds of Phobos and Deimos 100 years before they were discovered.

Retrieved from "https://thesciencearchives.miraheze.org/w/index.php?title=Phobos&oldid=10208"
Categories:
Cookies help us deliver our services. By using our services, you agree to our use of cookies.