A continent is one of several very large landmasses of the world. Six regions are commonly regarded as continents. Ordered from largest in size to smallest, they are: Eurasia, Africa, North America, South America,

Australia. However, some people use a 7-continent model, where the continents are (in decreasing order): Asia, Africa, North America, South America, Antarctica, Europe, and Australia. Australia is the name of a country, the largest island[1] in the Earth, and a continent (that only includes the countries Australia, parts of

Indonesia, and New Guinea) but for convenience purposes, the Australian continent is included in a extension that includes

Hawaii and the other Pacific Islands called Oceania.

All of the continents were once joined up in a single supercontinent called Pangaea. Due to plate tectonics, Pangaea broke into the continents we have today. The Indian Subcontinent was a separate continent for several million years, before colliding with Eurasia and creating the Himalayas.

New Caledonia are not part of the Australian continent, but rather part of Zealandia, a former continent that sank into the ocean 100 million years ago.

The Nazca Plate is the cyan plate, the main South American plate is in purple, and the Scotia plate in green.

The South American continent associates with three tectonic plates: the Nazca Plate, located off the coast of

Chile, the main South American plate, and the Scotia plate (which only contains the Scotia Sea located south of the 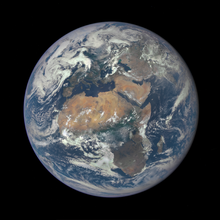 Africa is the world's second largest and second most-populous continent on the Earth. At about 30.3 million km2 including adjacent islands, it covers 20% of the Earth's total land area.

Africa's tectonic plate not only contains Africa, but also Sicily,

Israel, and Iberia (Spain and Portugal). According to some predictions, the African plate is breaking at the East African Rift into the Nubian Plate (Africa west of the rift) and the Somali Plate (Africa east of the rift). This will possibly cause eastern Africa breaking off mainland Africa in the future.

Asia, along with Europe, form Eurasia, the largest continent on Earth. Asia is mostly located in the northern hemisphere.

Stretching from the icy Arctic Ocean in the north to the hot and steamy equatorial lands in the south, Asia contains huge, empty deserts, as well as some of the world's highest mountains and longest rivers. It has 30% of the world's land area and 60% of the Earth's population.

India is located on Australia's tectonic plate, the Indo-Australian Plate, reflecting India's collision with Asia 50 million years ago. Europe and Asia (except

Russia, which are on North America's tectonic plate) share the Eurasian plate. Southwest Russia and the Korean peninsula are located on the Amurian Plate. The

Philippines has its own tectonic plate named after it, but the Philippines does not cover any part of it.

Both the countries of the Australian continent and the submerged continent of Zealandia are highlighted.

Papua New Guinea. Situated in the geographical region of Oceania (which is not a continent; includes not just the countries in the Australian continent but also the other island of the Pacific Ocean), it is the smallest of the seven traditional continents in the English conception. 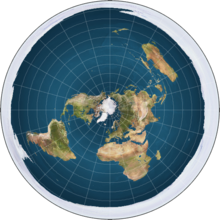 About 98% of Antarctica is covered by ice that is almost 2 kilometers deep on average.

According to people who believe that the Earth is flat, Antarctica is not a continent, but rather an 'Ice Wall' at the edge of the Earth.[2]

Retrieved from "https://thesciencearchives.miraheze.org/w/index.php?title=Continents&oldid=3842"
Categories:
Cookies help us deliver our services. By using our services, you agree to our use of cookies.